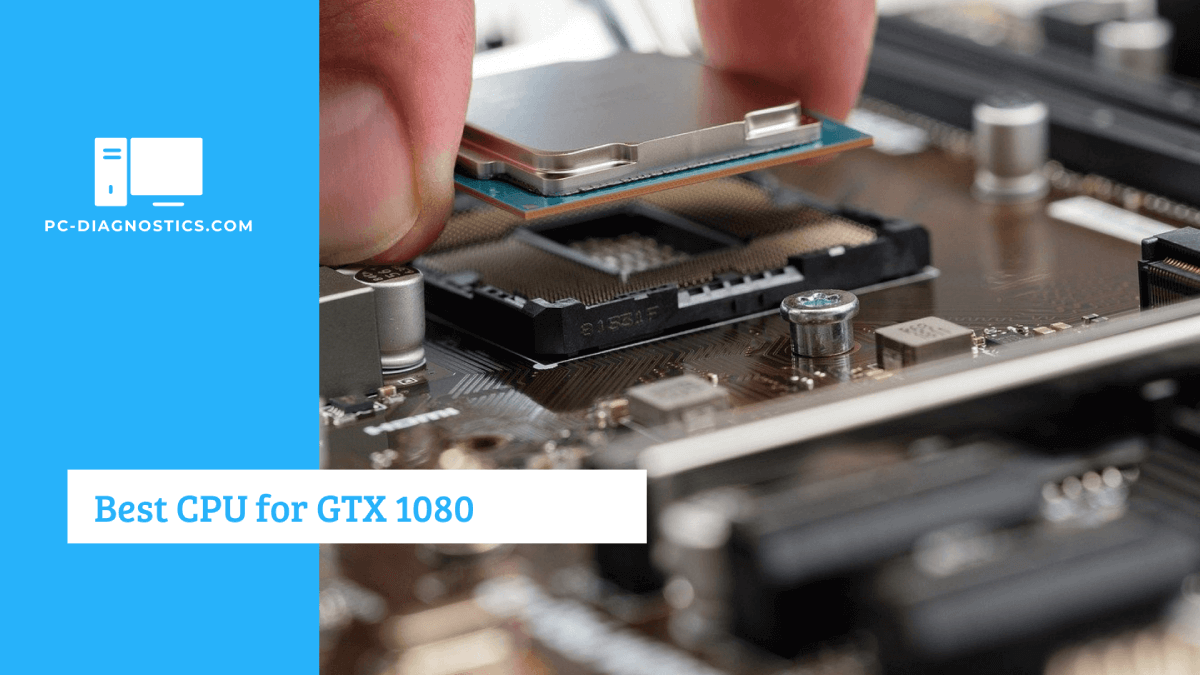 Building a gaming machine is a dream come true. I know it from my experience. But building one can require some good research as you need to learn which components are best for you and then make sure that they are compatible and do not bottleneck each other.

So, you picked yourself a GTX 1080 or at least finalized on it and now looking to buy a compatible CPU for it. I am glad that you made the decision. GTX 1080 is a beast of the card. Yes, even in 2021, as it can still give you a good gaming experience at 1080P.

If you are rocking a monitor with a 1080P resolution, you are good to go. Also, with the new 3000-series out, the second-hand market is now flooded with both 2000-series and 1000-series Nvidia cards. So, overall, you can get a good deal. The only struggle is to find a CPU that can go along with the card and provide you a seamless experience!

Things to look when buying a CPU for your Graphics Card

Many factors need to be taken care of when buying a CPU. For instance, you need to look for the socket type, its cores, the cache, and clock speed. However, if you are buying your CPU for your graphics card, then there is one crucial thing that you need to take care of, i.e., bottleneck.

The bottleneck is a fundamental concept that you need to understand. By doing so, you will be able to buy a perfect CPU for your GPU.

So, what exactly, is a bottleneck?

In this case, a lot of water is wasted and you are not taking full potential of the water flow due to the design of the bottle.

The same is valid for computer components. The processing power of your whole system is a total of how your parts play around. So, if a component is slow, it can virtually slow down the entire system.

Current generation games require both CPU and GPU to work together to provide a seamless gaming experience. Other critical parts that need to be in tandem are the RAM, the storage, and the display.

In the case of the CPU bottleneck, your GPU is faster than that of your CPU. So, the information sent by GPU is not processed fast enough by the CPU that is required to render the frame on your monitor. This can lead to a tearing or low frame per second(FPS).

So, in the GPU bottleneck, the GPU is slower than the CPU, which results in screen tearing or low FPS.

If you decide to pair a flagship graphics card such as RTX 2070 with an old AMD dual-core processor, you will see that your game’s FPS is not that that great even with the RTX 2070 is a top-tier card.

The solution is to buy a CPU so that it doesn’t bottleneck your GPU at all.

Every game is designed differently and require different resource type, including CPU and GPU.

GTA V is one of those games that requires a good CPU to run better. So, if you have a decent graphics card to run the game at the lowest setting, you can couple it with the better CPU every time to see an improvement in frame rates. Other similar games that are CPU dependent include Minecraft, Civilization V, and Cities: Skylines.

If you are looking for the best CPU for gamers in the mid-range budget, then AMD Ryzen 5 3600. And it will fit perfectly for your GTX 1080. It is a six-core processor with a 4.2 GHz speed. It utilizes the AM4 Socket, which means you can use the processor on the 300-series chipset.

With Ryzen 5 3600, you will not suffer any form of bottlenecks. However, to make proper utilization of the Ryzen processor, you need high MHz Rams with speed or more than 3000 MHz.

The cache on the processor is 35MB, which is more than enough for modern applications and games. This gaming CPU also comes with a high-performance Wraith Stealth Cooler.

The TDP of the processor is 65W, and it also supports the latest 4.0 PCIe version.

If you are an Intel fan or using a motherboard compatible with LGA 1200 socket, you should check out the Intel Core i5-10600K. It is a six-core processor that can run up to 4.8 GHz speed unlocked. It works well with the Intel 400 series chipset and LGA 1200 socket.

Here, you get access to 12 MB of cache. The K series processor is also unlocked, which means you can overclock it if you want to. Also, you do not need high-speed memory here. You can use DDR4-2666 RAMs to use it effectively.

The only downside is that it doesn’t come with any form of cooler. Also, the higher TDP of 125W means that consumers more energy and runs hot. That’s why you need a good aftermarket air cooler or liquid cooling to run it at low temps.

If you are on a tight budget and still want to make your 1080 run as it should, then check out the Ryzen 3 3100. It is a quad-core processor that is capable of running at speeds of 3.9 GHz. The cache on the processor is also good, which stands at 18 MB. Also, you can match high-speed RAMs with the processor to make it run at its full potential.

With the Ryzen 3 3100 processor, you don’t have to worry about bottlenecks running at 1080p or 1400p resolution. However, if you are using a 4K resolution, you might see some slowdowns due to the processor.

The AM4 socket support means that you can run the processor on 300-series motherboards, and as well as B500 and X570 ones.

Some of you might want to future-proof your gaming rig by later on replacing your GTX 1080. In that case, the Ryzen 3700X is a good pick as it offers excellent future proof performance. It will help your current 1080 to perform as intended.

It is an eight-core processor with a max clock speed of 4.4 GHz. It also comes with 36 MB cache and supports faster RAMs. The AM4 socket support means that it can work just fine with the older motherboard and newer ones.

If you are running an older LGA 1151 socket, then core i7-9700K is an excellent pick for your gaming needs with GTX 1080. It is an eight-core processor with speeds up to 4.90 GHz. The cache size of the processor is 12 MB Cache.

The power consumption of the processor is decent at 95 TDP. The only downside is that it doesn’t come with a more relaxed and doesn’t support multi-threading

If you are looking for the best CPU for Gaming on 1080 and are on a budget, you cannot get wrong with Ryzen 3600 or Intel Core-i5 10600K processor. The choice depends on what Socket you are already running. If you are more into multitasking or video editing, it is wise to go with AMD processors.

In short, it is hard to pinpoint the best CPU for Gaming.

About Our Reviews:- Pc-diagnostics.com is a team of consumer advocates committed to bringing you accurate, non-biased reviews on all tech products. We also analyze customer satisfaction insights from verified buyers. If you click on any link on pc-diagnostics.com & decide to buy it, we may earn a small commission.