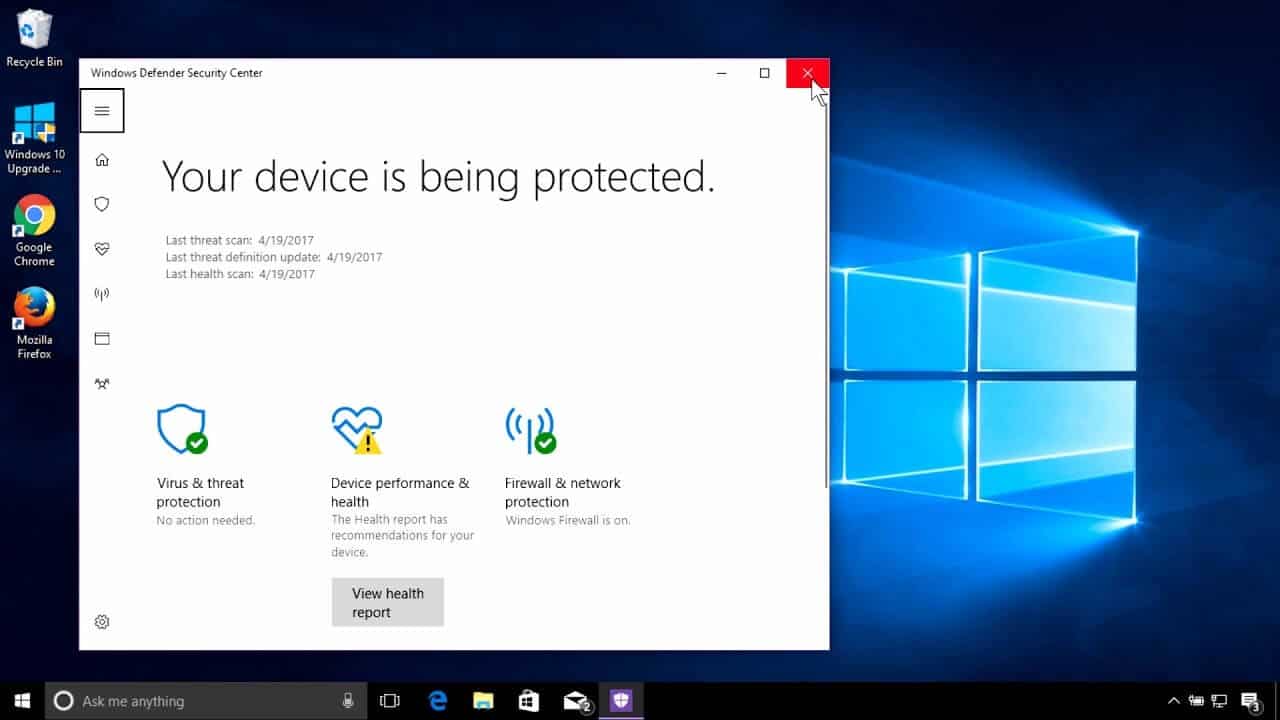 Windows Defender is an antimalware and antispyware software product by Microsoft for Windows 8 and above.  It attempts to detect and remove virus, malware, and other defective threats that tend to attack your Windows device.

Formerly, Windows 7 and below versions had only Microsoft Security Essentials as built-in antivirus, and Windows Defender merely used to act as a spyware removal software. Microsoft used to provide it as free downloadable software for Windows 7, XP and Vista. With the launch of Windows 8, Microsoft suspended the Microsoft Security Essentials and launched Windows Defender as full effective built-in antivirus.

Though it is the built-in antivirus software for Windows 10, you have the option to choose any third-party security software as well. First released in 2004 Windows Defender was based on GIANT Antispyware, which was developed by GIANT company software, Inc.

The user interface has the Home Tab, History Tab, and Update Tab. For observing PC status, and scan options, you can navigate to the Home tab. You can manually update it in the Update tab. And finally, you can view the items which are Windows identifies as threats, malware and quarantined or removed.

To open Windows Defender in Windows 10, you can follow any of this method

Now let us look through the Configuration that you can do in Windows 10:

How to schedule a scan in Windows Defender?

Windows Defender regularly scans your computer to secure your files and documents. In addition to this, you can schedule your own scan with the following steps:

How to turn real-time protection on or off?

Sometimes this security system can block some of your software and files unnecessarily. Hence turning off temporarily might help you to solve this issue. After a certain time interval, Windows Defender automatically turns itself on, but you can enable or disable it manually. To enable/disable